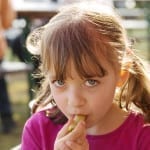 Nursing a Sore Throat: Could it be a strep Throat Diagnosis?

Diagnosis Unknown: “I’m not sure, but Could this be the Bubonic Plague?”

My daughter, Hana, came down with a severe sore throat this week. Her lymph glands were swollen and her head hurt. Since her brother, Luke, experienced the same symptoms recently which brought a strep throat diagnosis, we headed off the to local med center for a test.

After a long wait, the doctor finally appeared, handsome and silver-haired, looking like a star of a network medical series. With a 30-second evaluation, he said, “With throat, red and tonsils enlarged, I would say my diagnosis is probably strep. I’ll just write a prescription for antibiotics, which should clear it up in three to five days.”

To Bomb or Not to Bomb (with Antibiotics)

“Would you please test her for strep?” I asked. “I’d rather not give her antibiotics if she doesn’t need them.”

“Sure,” he said, sticking a long swab in Hana’s mouth. About 15 minutes later, he came back into the room.

“Well … yes and no,” he doctor went on. “Sometimes it’s easier to get rid of these bugs when you know what they are. If it’s not strep, it could be mono.”

“Have you had mono?” he asked Hana.

Hana was getting paler by the moment. She had not planned to spend the entire winter in bed.

“Thanks for the information,” I said, wanting to get out of there as soon as possible. “I’ll keep an eye on her.” As we headed out, he pressed the script into my hand. He meant no harm, but I was angry about his casual and irresponsible remarks.

On the way home, Hana said, “Mom, do you think I have mono?”

“No,” I said, “I really do not. Mono exhibits many symptoms you do not have–like a high fever and exhaustion. You attended school today from 8 to 5, and probably could not have done that with a case of mono.”

I scheduled a lymphatic session for Hana that afternoon, and she was 90% better the next day.

Dr. Dave Cumes, M.D. would call the doctor’s suggestion of mono, a “nocebo,” the opposite of a “placebo.” A placebo is a substance or action with a positive effect because the person believes it will help. A “nocebo” is a negative phrase that can have a negative effect, sometimes a powerful one. Dramatic examples of nocebos are: “You have three months to live, or “You will never have children.”

Nocebos are sometimes delivered for legal reasons. Dr. Cumes says, as doctors are under pressure to tell what they believe is the “whole truth.” But Dr. Cumes reminds us, no one knows the future. For a profession whose motto is “do no harm,” well-intentioned doctors deliver thousands of nocebos daily, without substantial evidence to ground them in fact. Consequently, our brains can take these suggestions very seriously.

Today at work, my client, Rosie, 35 with brain cancer, was sharing a recent visit to her neurologist. They were discussing her CT scan, delighted to discover  that her new chemotherapy protocol was effective.

“Well, the tumors are definitely smaller. But, just to let you know, the tumors could return someday. And, it’s possible that down the road, you’ will contract Multiple Sclerosis,” the doctor said.

“Why would you say that? I haven’t had any positive tests for MS,” Rosie asked. Since she’s been battling brain cancer for two years, and is finally getting better, the news of another serious illness knocked the wind out of her.

“Well, you have seizures,” the doctor offered his diagnosis. “That’s one of the symptoms of MS.”

“And I have epilepsy, which could also explain my seizures,” Rosie said.

“That could be. But, I just don’t want to shock you if you develop Multiple Sclerosis in a few years,” he repeated. Rosie is a strong young woman, but left her doctor’s office devastated. As a result, we spent an hour processing her feelings, until we could laugh instead of cry about it. I wondered, why the doctor had not suggested that after the tumors had healed, she had a good chance of leading a happy, healthy life? Because that was at least as true as the possibility of her tumors returning, or getting another disease.

Has a doctor or health practitioner ever suggested you have a serious illness without facts or foundation? As a result, how did you feel? Don’t worry, if you were sad, angry, or confused, you aren’t crazy! Unknowingly, your doctor was delivering a nocebo, the most dangerous pill of all! However, naming it takes some of its power away–which is as important as anything else we can do for our health and well-being. 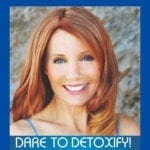 I am super excited that BOTH my books are available in audio form. Find them on my website for download, and or iTunes and Amazon Audible. After a successful run of the audio version of Dare to Detoxify! my clients convinced me to record my new book, It Takes Guts To Be Happy! They love listening as well as reading. I hope you do, too!